Paradise found: how engineering can boost tourism in Indonesia

Indonesia has the perfect landscape and resources to make it one of the most spectacular tourist destinations on earth. But getting to that point will require design-led thinking and a flexible approach to engineering planning, says Varman Ramachandran*.

Indonesia makes no secret of its economic ambitions. The country’s President, Joko Widodo – also known as ‘Jokowi’ – was elected to a second term this past May and within a matter of weeks the Government of Indonesia’s national development planning ministry announced it would target increased economic growth of around 6 per cent per year.

One area where Indonesia is looking to boost GDP is the tourism industry, which is among its most promising growth sectors. Tourism is big business in Indonesia, and a major area of focus for the government as the influx of visitors, particularly from Malaysia and China, continues to grow.

In 2016, during Jokowi’s first term, he recognized the importance of tourism and spent time seeking overseas investment to help execute his government’s plan to create “10 new Balis”. Given the global reputation and success of Bali this seemed a sound strategy, yet in the two years since the plan was announced, the initiative has struggled to get the traction many would have liked. In particular, the lack of clarity over specifics of the plan is causing potentially damaging frustration in some stakeholder sectors.

But looking at the scale of the government’s ambition from an engineering standpoint it’s easy to understand why more detailed plans have yet to be published. The size and complexity of the task can make it seem impossible to know where to begin, but at a fundamental level it starts with planning and vision. In this article we’ll put an engineering lens over some of the biggest challenges for the expansion of Indonesia’s tourism sector and discuss some of the major considerations for the country in bringing the plan to reality.

Indonesia is blessed with some of the most beautiful and unspoilt islands in the world, and not only that, plenty of them. While this naturally makes them ideal as tourist destinations, their remote location, coupled with almost no existing infrastructure, makes it a daunting task to transform them into easily accessible hot spots.

This is where a solid approach to master planning is required. Creating a clear and targeted plan for developing new resorts is a good start – but what are some of the key considerations? Here we’ll look at some of the most important, including water, power, climate, and investment.

From an engineering perspective, when it comes to infrastructure, we need to recognise that even the most basic set-up is lacking across wide parts of Indonesia. In some cases, surprisingly so.

Consider, for example, that the national capital Jakarta does not have proper water infrastructure (although the process of creating one has begun). The majority of the city’s water is drawn from bore holes and is directly linked to the city’s much-publicised sinking. To grasp Jakarta’s water issues is to truly understand Indonesia and the infrastructure challenges it faces in delivering the next level growth for its current and future towns and cities.

In addition to the water challenge, there is the issue of providing a stable and secure power supply. This remains an ongoing challenge, with the country’s entire power infrastructure needing substantial investment if it is to support economic growth. In the remote locations targeted for development, ensuring there is an established power infrastructure will be one of the top priorities. While luxury hotel groups will need little persuading of the attraction and potential of Indonesia’s islands, they will not begin work on multi-million-dollar resorts until they can see a steady and reliable power source established.

The good news is that the energy mix continues to evolve, with affordable and environmentally-friendly options playing a bigger role than ever before. For example, elsewhere in South East Asia, Aurecon helped deliver the Dau Tieng 1 and 2 solar power plants in Vietnam, bringing much needed electricity to two nearby cities. At 420 MW it’s currently the largest solar power plant in the region and was built in just under a year. 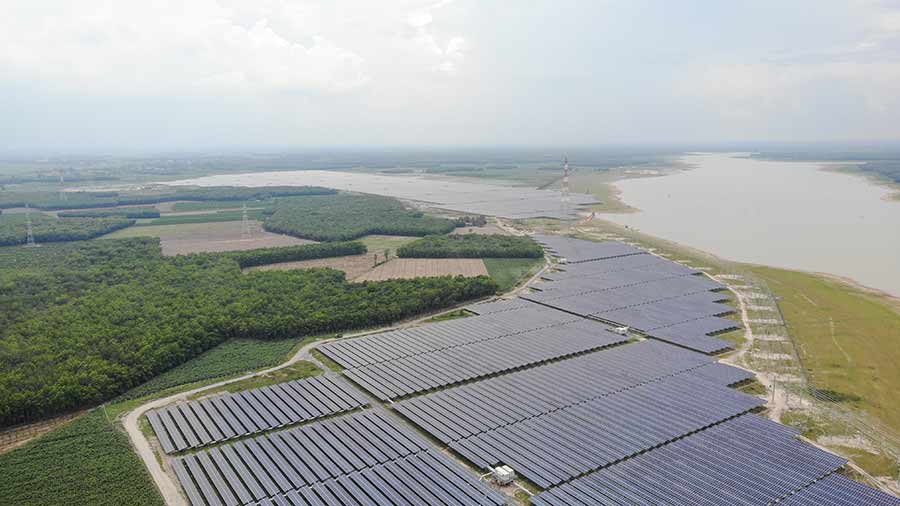 Creating these types of independent microgrids is an attractive option for many remote locations, with solar, wind, hydro or waste-to-energy technologies capable of pairing with energy storage and more traditional power sources to ensure necessary capacity levels are met.

An example of this principle at work can be seen at the 5MW Battery Energy Storage System (BESS) in Alice Springs, Australia, where Aurecon was the technical advisor from development to implementation. It is one of the most innovative grid-connected storage solutions available and serves a remote location similar to that of the islands Indonesia aspires to develop. Incorporating a higher level of renewable power into local developments offers the added benefit of making it easier to attract visitors and investment from large global companies, including luxury hotel groups. 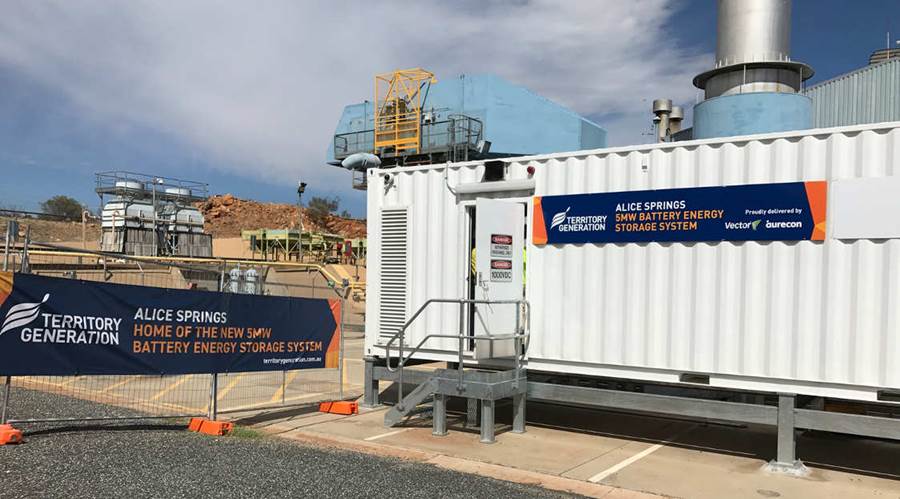 For the issue of geology and climate, additional considerations are needed for Indonesia. Natural dangers such as earthquakes, volcanoes and extreme weather events present challenges for engineers all over the world, but the unique local conditions of Indonesia require extra attention.

At Aurecon we have a long history of engineering resilient assets for even the most volatile of environments, and we understand this work is not only about looking to the past but designing for an unknown future. As technology and engineering design advances, so does our ability to create structures that provide safeguards and early warning systems to alert guests and inhabitants.

Another consideration around development and project management is finance. Although Indonesia has a large population (over 260 million) the country is short of income. It still functions primarily as a cash economy, so its tax income to GDP ratio is relatively low and that means private sector and international  investment will be required to drive the proposed tourism development. The most likely solution will be a public private partnership (PPP) approach, with much coming via foreign direct investment (FDI).

However, there are still many elements to resolve around this, as PwC noted in its latest Indonesian Infrastructure report. Some of the key challenges include an uncertain legal framework for projects; procurement processes that are not always clear and transparent; and the fact that different public organisations may be uncoordinated and have conflicting goals.

On top of this, many public agencies do not have the budget for the high-quality project preparation required from international consultants to bring these developments to life, there remains a high regulatory burden on companies operating or constructing projects, and this naturally has a negative impact.

Yet despite all this, we can already see evidence of some initiatives that will help deliver higher FDI levels. For example, an announcement earlier this year of an increase in the tax threshold for buying housing in Indonesia is certainly a step in the right direction. If similar measures follow and we see a stronger PPP focus at a governmental level, then the issue of financing could become much smoother in future.

Ultimately the success of any future development is going to come down to having the right approach to project management, and especially master planning. An important element to this will be the practice of zoning and staging. This refers to completing work in specific zones and stages to deliver the earliest possible usability, while keeping in mind plans for future expansion. It’s important to consider this, because it is essential to achieving the financial viability of projects and building momentum around the tourism focus.

Let’s consider the example of a new resort town. In addition to hotels and residential blocks there may be golf courses, water parks, retail malls and more. Sound master planning will assess the correct process for bringing this collection of individual developments to life, understanding the local market and the clients who have the resources to develop which assets at which time. At Aurecon we have experience in this process at countless locations including, for example, Yas Acres in the Middle East.

The interesting part about zoning and staging is that plans change frequently, or governments and developers don’t know exactly what they want in one area until another is complete. So, agility and flexibility are key. For companies working in this area, it’s important to never consider the job finished simply because the final invoicing is complete. Instead it is vital to keep talking to clients about potential next stages and looking at concept designs or environmental studies to determine the best options. Every discussion about future development should start with identifying the target and what is needed to achieve it.

Sustainability remains top of mind in all business sectors and engineering is no different. Perhaps most interestingly, when it comes to construction and development, in many cases the funding available (particularly western financers) is easier to come by for projects that can demonstrate their sustainable credentials.

This issue is particularly relevant with regards to power and energy, one of the core pillars of infrastructure development. In this case the issue is becoming increasingly consumer-driven.

For example, in Bali, locals are taking a stand against the expansion of a local coal-fired power plant and the drive is for a greater percentage of the energy mix to come from renewable sources. Yet at the same time, Bali remains susceptible to power outages so striking the right balance requires careful planning and ongoing assessment, particularly given the island is still reliant on neighbouring Java for part of its power requirement, delivered via underwater cables.

When it comes to considering what are the most reliable power supply options for new, remote resort locations there is no single answer. Often there will be no existing power supply, with local people instead relying on diesel generators. While investors will be attracted to supporting new renewable energy initiatives, it is unlikely these can be built at sufficient scale to meet demand. It is likely we will see more interest in LNG-based power plants, and even future fuels like hydrogen, given the fact they offer lower emissions levels while still offering capacity similar to coal-fired power plants.

While there are undoubtedly many challenges ahead in developing Indonesia’s tourism sector, the overall outlook is hugely positive. There’s no doubt the country has the potential to become one of the world’s leading tourist hot spots. And with clever engineering planning and a strong focus on sustainability, we could see Jokowi’s vision for 10 new Balis come true.

Varman Ramachandran is the former Country Director for Indonesia and Client Director – Energy, Resources and Manufacturing for Asia at Aurecon.

Our blog: Just Imagine | Climate change: a people problem and a people solution

Our blog: Just Imagine | Designing for the future: Generation… 'Next'!