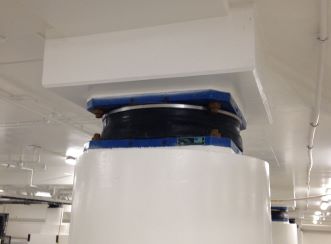 “The rebuild of Christchurch is about recreating and planning for a new, resilient community that will be as vibrant as Christchurch always was. It is a human rebuild, not an engineering project, allowing plenty of room to look at the creation of places and infrastructure for people.”

Giving confidence back to residents and business owners is one of the most important priorities during the period immediately after a disaster. This confidence is underpinned by reassuring residents that they can get out of their buildings safely without collapse during a major earthquake; that those buildings can be reoccupied quickly; and that businesses can be back on their feet and operable again. It is also about knowing that the ground beneath is safe and not susceptible to liquefaction.

After five years of closed doors, over 10 000 people visited Christchurch’s Te Puna o Waiwhetu Art Gallery during the opening weekend. This followed the largest relevelling project undertaken in the southern hemisphere. The Gallery became the Civil Defence headquarters for seven months after the February 2011 earthquakes, and then needed extensive work and improvements before it could reopen.

“Then 15 months after the earthquakes, engineers recognised that the ground under the Gallery had liquefied,” says Gallery Director, Jenny Harper. “The building had to be relevelled, repaired and strengthened to protect it from similar earthquakes and ensure the preservation of our priceless collections.”

In the first base isolation retrofit project in New Zealand to use triple pendulum double concave sliding isolators, relevelling and base isolating, Aurecon engineers helped the iconic Te Puna o Waiwhetu Art Gallery reach the highest international standards in seismic protection. This was fundamental to restoring the Gallery’s reputation for exhibiting and protecting priceless works of art – today, it is one of the safest and most earthquake-resilient galleries in the world.

“You can’t quantify the place of this collection in people’s cultural hearts. The joy and tears on people’s faces when we reopened really told a story. I have never had as many random hugs as I did on that occasion; people were happy to have that building back. Everyone seems to be absolutely delighted – the schools, the teachers, the general visitors, the locals and tourists. Businesses around us are profiting hugely from having more people in the centre of town. It is really important to have cultural facilities such as this gallery open and available as much as we can.”

For Christchurch, the construction of resilient building designs was critical to restoring confidence and has gained much momentum since the earthquakes.

Earthquake-resilient buildings boast the same primary structure as any conventionally designed building, but the resilient components are integrated into the conventional structural form to respond to significant events without causing irreparable damage to the primary structural elements. A focus on life safety and avoiding dangerous building collapse is key. To achieve this, such designs often utilise accessible replaceable components with sufficient ductility to dissipate seismic energy.

While ‘normal’ buildings will be fatigued after an earthquake sequence, resilient buildings can continue to absorb multiple earthquakes and be readily reinstated to pre-earthquake conditions.

There have been in excess of 26 new resilient building designs constructed, including:

“In general, any structural form is capable of resilient detailing so architectural and building functionality drivers are not compromised.”

When a landmark historical triple-gabled church cracked in the earthquakes, around 200 parishioners got to work. With help from the wider community, grants, and insurance funds, they raised nearly all of the required USD5.5 million required to see their beloved Knox Presbyterian Church rise from the rubble.

During the February 2011 earthquake, the exterior brick of Knox Church was badly damaged leaving the rich timber roof structure in a precarious state, but still standing. Aurecon reacted quickly to design temporary bracing for the roof structure while insurance claims could be completed and decisions made about the future of the Church.

The passion of its congregation saw the Church become one of the first heritage buildings and churches to be repaired and retrofitted with resilience design.

“When the Church was reopened, people were amazed at how much of the original Church building had been reused. People walk into the church and say ‘wow’ – it holds a lot of memories, but now they have created a modern heritage building,” says Parishioner Ron Keating.

Many areas of Christchurch were affected by soil liquefaction that made certain suburbs unliveable but Prestons, one of the largest greenfield residential developments in New Zealand, suffered no liquefaction, lateral spreading or any other seismically associated hazards during the entire earthquake series – all thanks to the presence of more robust soil.

Since the February 2011 quake, the Christchurch City Council (CCC) has rezoned 10 592 sections for housing and with the urgent need to house more than 10 000 displaced and homeless residents, new land subdivisions such as Prestons had to be urgently developed.

Prestons has become a sustainable residential precinct which can accommodate over 2 300 houses, 8 000 residents, commercial and retail developments, a school and supermarket. While a and development project of this scale in Christchurch would usually take up to 15 years to complete, the scale of the crisis meant that it was essential that this project be completed in less than half of that time.

As lead consultant, Aurecon assessed the stability of the land and provided project management, survey, contamination, advisory, civil, stormwater and urban design services to transform 203 hectares of land into this dynamic new subdivision. It boasts the first ever large vacuum wastewater system installed in a residential subdivision in New Zealand, which connects with the newly upgraded Christchurch City Council system. The vacuum sewer was preferred as it is a cost-effective, optimal engineering solution in terms of both performance and seismic resilience.

The whole site can also be serviced by one vacuum sewage pump station with pipes only needing to be placed in shallow trenches above the water table.

Because they are made of polyethylene, they can both stretch and bend making them extremely resilient during earthquakes, and able to provide uninterrupted service during a power outage. The vacuum system is not only earthquake resilient but reduces impact from construction, hazardous situations and pollution and waste, as well as conserves energy. This is just one of the innovations that are ensuring Prestons is a thriving new community in Christchurch.