The opportunity to leave a design legacy

In Te Reo Maori, Tirohanga Whānui means ‘Panoramic View’, which reflects the location of the Tirohanga Whānui Bridge at the top of Spencer Ridge in Auckland, New Zealand. This spectacular multifunctional bridge is being constructed across State Highway 1 on the North Shore, with views extending out to Rangitoto Island and the green hills of Auckland.

While the bridge primarily supports a water main, connecting the Albany and Pinehill Reservoirs, the NZ Transport Agency saw an opportunity to increase its functionality by including a walking and cycling connection as part of the Northern Corridor Improvements project. With guidance from well-known local Bridge Architect Jeff Wells and local Maori artist Graham Tipene, Aurecon has delivered a bridge design that echoes the richness of Maori culture and will leave a legacy for bridge design in New Zealand. 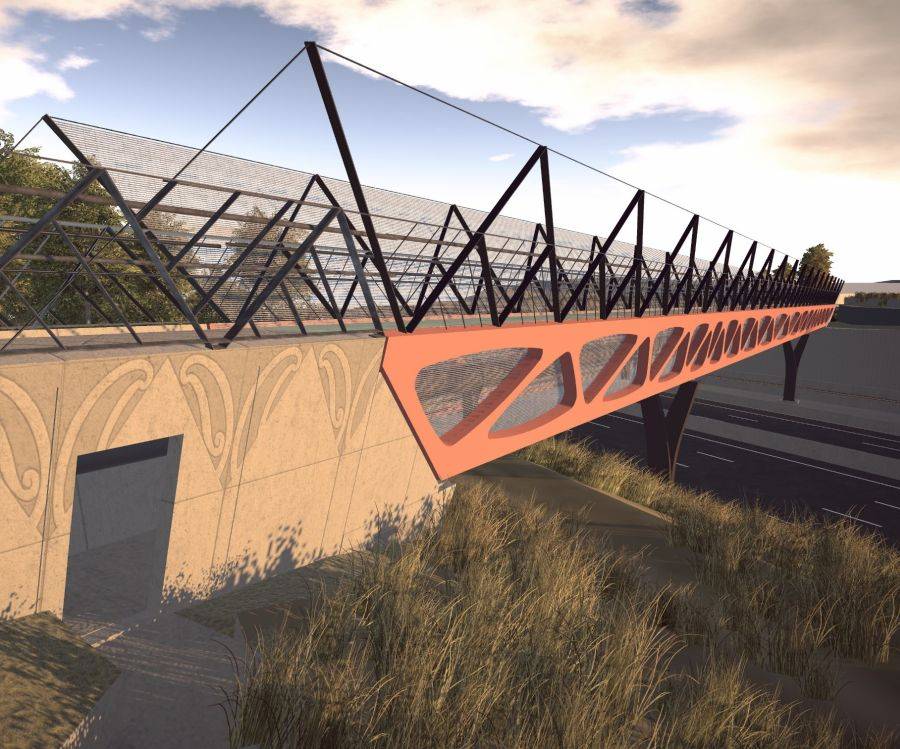 Exploring the bridge design in 3-D

Aurecon was able to engage Watercare Services Limited (Watercare) and the NZ Transport Agency in the design process by developing interactive smart 3D models using our VizRT platform and Vive Virtual Reality headsets. The 3D model was used to give clients a real-world view of what the bridge will look like once completed.

Using the VR headsets, the team from Watercare were able to crouch down and see how the bearings supporting the water main could be accessed – something that can’t be done with a 2D drawing.

The 3D model also showed how the spacing of the truss nodes and the length of the truss chords varied in response to the different stresses of the structure. Using innovative parametric design, the Aurecon team used a single focal point beneath the pier that radiates outwards with a constant increase in angle to define the diagonal truss chords and create the curves of the organic voids. 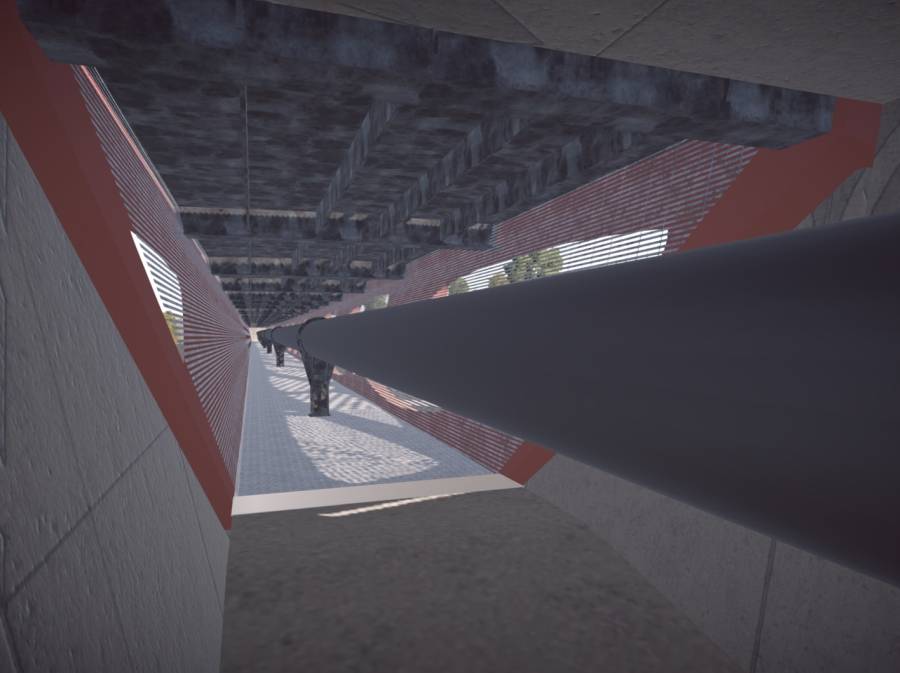 There is subtle detailing of almost every design and engineering element of the Bridge. The cross section of the Bridge is tied together by a single V-shape. The focal point of the ‘V’ touches the motorway, from which the pier and edge of the truss diverge at a constant angle. The ‘V’ then continues through the handrails and safety screens of the Bridge.

Aurecon combined the needs of Watercare and the NZ Transport Agency into a striking design that will significantly enhance its surroundings and meet the functional needs for accessing the water main.

A key concern in the design of the Bridge was maintaining a safe environment during water main maintenance and the safety of the Auckland community walking or cycling across the Bridge.

Addressing this, the Aurecon team suggested a durable stainless-steel mesh running the length of the Bridge with holes that are too small to climb. Handrails were included to provide stability and guidance if needed.

Aurecon also solved one of the more complicated safety concerns in collaboration with the Northern Corridor Improvements Alliance, which was the need for temporary propping of the Bridge sections on either side of the motorway. By designing bolted splice connections that could be tightened, while the final of the three bridge sections was suspended by cranes, it meant reduced disruption for commuters as all Bridge sections were installed in single night closures.

This project proved that by creating a design-led solution, beauty and function can work together to leave a legacy for the Auckland community who will benefit from the new Bridge for decades to come.

In 2019, the Tirohanga Whānui Bridge won the award for Public Architecture at the New Zealand Institute of Architects Awards. The project was also highly commended at the Engineering New Zealand ENVI Awards in the category of Engineering Creativity.