Integration of Static Frequency Converters (SFCs) into a metropolitan network

While SFCs have been utilised in European railways for some time, they are only just beginning to find their way to Australia. Queensland’s Moreton Bay Rail Link (MBR) project is the first such implementation of Static Frequency Converter technology in an Australian metropolitan rail network.

Aurecon, as part of the AECOM Aurecon Joint Venture (AAJV), was the principal electrical designer of the feeder stations for this landmark project.

Construction for the Moreton Bay Rail Link commenced in mid 2012 and was completed in mid 2016.

What are the benefits of SCFs?

Until recently railway feeder stations consisted of transformers which derived a single phase supply from two phases of a utility’s three phase network.

Unfortunately, the supply of a significant single phase load from a three phase grid results in voltage imbalance. This typically restricts the connection voltage to transmission levels (≥110 kV) and can require additional equipment to counter such imbalance effects.

The SFC is a power electronic based alternative to the traditional transformer based feeder station, having a number of distinct advantages including:

An additional benefit was the ability for the SFCs to provide support to the adjacent NCL, if synchronised. Above: A high-level electrical arrangement of MBR and the adjacent NCL, showing MBR synchronised with a transformer at Bald Hills Feeder Station (synchronised track denoted in green).

The SFC’s unique abilities required a significant amount of first-principles engineering to be undertaken prior to their integration into Queensland Rail’s existing rail network. In addition to the ‘business as usual’ substation design, we contributed to:

The above tasks involved working closely with Queensland Rail, the SFC and prefabricated switch room vendor and Energex. 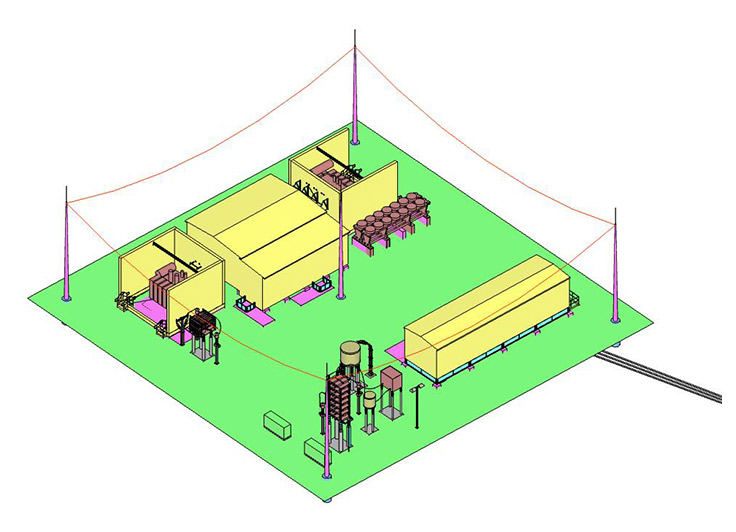