Innovation versus risk – how do visual contracts stack up?

The law and innovation are not natural partners. All law emerges from an historical context. So, how can innovation be encouraged when often the contracts that determine the nature of business relationships are inherently risk-averse? Could contracts themselves be simplified, and even engaging and innovative, to drive the behaviour required?

Around the world, visual contracts resembling a cartoon comic strip are gaining traction with a small but growing group of businesses, lawyers and academics rethinking contract design. But while they may drive innovation, what is the risk? And can they be legally binding?

In this episode of Engineering Reimagined, Aurecon’s Managing Director for Built Environment John McGuire and Professor Camilla Andersen discuss the complexities of innovation versus risk and the vital role visual contracts can play. We also explore why using images is a powerful way to engage people and what’s next for visual contracts, particularly in the engineering and construction sector.

“Even when there is resistance initially to the notion that a visual contract is not going to work, that it's just a gimmick, when they actually see it and they engage with the whole process – the images, and the language, and the dialogue – most of them find it incredibly powerful,” says Camilla.

Meet our guest and host

“We’re working together to find out how lawyers and engineers might be able to come together to innovate, and perhaps, disrupt engineering and the law at the same time.”

John is a specialist in the field of blending design thinking with engineering design and systems thinking and regularly speaks at international conferences on the subject of design-led innovation.

Professor at University of Western Australia

“Our project is very much about making sure that the contract is a facilitative instrument that can frame a good relationship between people, rather than something that nobody ever reads or engages with.”

Camilla Baasch Andersen is a Professor at the University of Western Australia where she runs the Master of International Commercial Law. Camilla works closely with businesses, governments and academes in pursuit of Commercial Law facilitating trade, and has written extensively on the Contracts for the International Sale of Goods (CISG), international commerce, pro-active approaches to law and comparative commercial law. She has trailblazed the development and adoption of visual contracts as a way of improving understanding of legal documents and therefore the relationships between the parties to the contract. Follow Camilla on LinkedIn:

Aurecon is now using these innovative visual contracts in South Africa and New Zealand as of August 2018.

Watch this video to learn more about them. 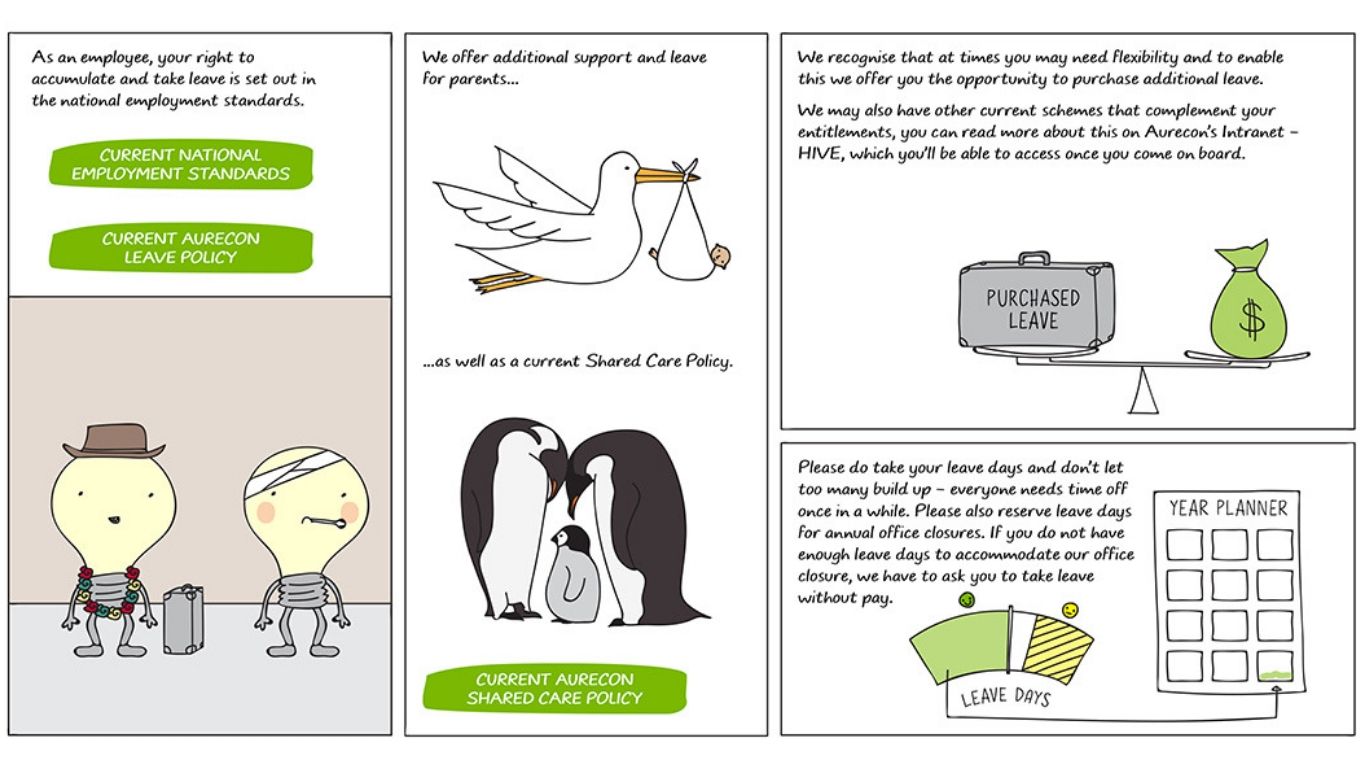