Waterproofing the West – Stage One 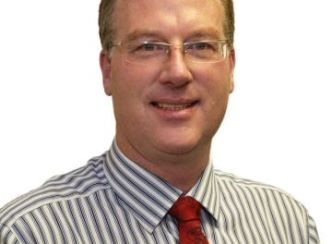 In the mid 2000’s the City of Charles Sturt, South Australia faced conflicting challenges. An extended period of drought had deteriorated the city’s green spaces. When it did rain, flooding often resulted.

The recycled water replaced the area’s potable water needs and the infrastructure that was developed is capable of capturing and treating 2 400 mega litres of water. Approximately 555 mega litres of potable water will be saved each year as a result of this project. The project also reduces the quantity of pollutants discharged into the marine environment through the capture of excess River Torrens water which would otherwise be discharged to the sea.

Waterproofing the West — Stage One also enhances the natural environment and increases biodiversity thanks to the construction of three wetland locations, with a total footprint of approximately 12 hectares which mimic the natural environment of the area prior to settlement. The local amenities have been improved through wetlands and attractive community spaces.

The key components of these water assets are:

Stormwater from the surrounding local catchment and flows from the River Torrens will be fully treated prior to aquifer storage and recovery.

The Linking and Distribution Main

This pipe network links the three wetland and aquifer storage and recharge sites, to allow the recycled (nonpotable) water recovered from the aquifers to be distributed throughout the western suburbs. The Waterproofing the West — Stage One project constructed approximately 33 km of pipework.

Water from the River Torrens is diverted to the Old Port Road and St Clair wetlands to supplement the local catchment, approximately doubling the volume of stormwater recycled.

Road Engineer, David Fraser, moved to Australia in January 2011 to join Aurecon’s Adelaide team. When he arrived in Adelaide, the city was experiencing a drought and the temperature was a very warm 32°C.

“When I left Dundee in Scotland on a Friday, it was -2°C and snowing. Two days later, I was catapulted into heat waves and dry weather — something that I definitely wasn’t used to!” says David.

During this time, Aurecon were overseeing final stages of construction on the award-winning 100 GL per annum seawater desalination plant in Adelaide, a project that involved desalinating drinking water to meet the needs of Adelaide’s water supply network.

“It was a paradigm shift to move to a country where water is considered a scarce resource. In Scotland, it rains a lot of the time, so it was an eyeopening experience to witness all the infrastructure developments and long-term planning involved with optimising water as a resource,” says David.

Shortly after becoming a permanent resident in Australia, David started to chat to his team mates at Aurecon to get more information about potential property and land investments in his new home country. During these discussions, he heard about the Waterproofing the West project and the opportunity to plumb into the recycled water network. This was a deciding factor for David, leading him to buy a block of land in the St Clair development in the City of Charles Sturt. The 64 hectare development features storm water recycling for irrigation, idyllic wildlife reserves and viewing platforms of the nearby lagoon.

“I bought a small piece of land and I didn’t particularly want to have a rainwater tank in my already very small yard, but the development allowed me to connect my toilets and external irrigation system directly to the recycled water system of the lagoons,” explains David before adding that water is more expensive in Australia, so the lagoons that supply the recycled water make the sub-division really attractive.

“My home, which still resembles a bit of a construction site, is only 8 km from the CBD, but the area is so peaceful, quiet and tranquil. I really enjoy living here.” David says the process of investing in a property in a region where water consumption has to be carefully managed has changed his point of view about water sustainability completely.

“In Scotland, you wouldn’t think twice about letting a tap run while you brushed your teeth, for example. In Australia, you soon start to realise how precious water as a commodity is. You become very conscious of how you use water and how easily it can be wasted. My mind-set has changed significantly,” concludes David.

Our Blog: Just Imagine | What happens if our taps run dry?

Our Blog: Just Imagine | Sustainable design has been resolved - Why are we ignoring it?