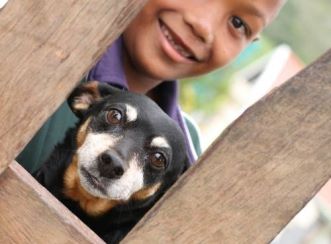 The Great Brak River area in South Africa experienced an influx of homeless people who moved into the region to find employment and shelter. People were occupying vacant land parcels and residents’ backyards, building informal shelters from any type of material available and putting immense strain on the limited existing infrastructure in the process.

Poor living conditions in the region were exacerbated by densely populated informal settlements that emerged on the periphery of the then formal township area. Suitable land for the further development of formal low cost human settlements is virtually non-existent due to the extremely hilly topography of the area and the very high cost of private land. Furthermore, resettlement to housing projects in the distant Mossel Bay was never an option and so innovative solutions to the in-situ development challenges had to be found.

“Living conditions were dire. Many of the people live in abject poverty. The residents had to carry potable water very far over undulating terrains, there weren’t any domestic electricity connections and the effects of heavy rainfall and flash floods were devastating,” says Aurecon Project Leader, Francois Theron.

Mossel Bay Municipality initiated the informal settlement upgrade programme which spanned over 5 years. The goal was simple – to enhance the lives of the people living in the four informal settlements: Gauteng, Klipkop, Brandjesnes and Wolwedans. Very challenging geotechnical and topographical conditions warranted innovative town planning, civil engineering and structural solutions during the planning and construction stages.

The team had to come up with innovative solutions to integrate the informal settlements with the Wolwedans and adjacent Green Haven areas. This would be achieved through a combination of incremental in-situ upgrading and relocation of the households to newly developed ‘greenfield’ sites — representing a total development of 675 housing opportunities. As Implementing Agent, Aurecon was responsible for all the multi-disciplinary professional services required to develop and construct fully serviced sites for qualifying beneficiaries.

The project has won multiple awards over the course of the project lifespan, including a Special Merit Award: Holistic and Integrated Upgrading of Informal Settlements from the Southern African Housing Foundation (2013); Best Upgrading of Informal Settlements Project for the Western Cape Govan Mbeki Awards (2014); and the IMESA (Institute of Municipal Engineering of Southern Africa) Biennial Project Excellence Award for Community Upliftment (2014).

“This project contributed to a more sustainable environment. Social and economic exclusion was addressed via empowerment and the community members were able to gain access to the Government’s housing subsidy assistance programmes thanks to this project. It was most gratifying and inspirational to have been entrusted by the Municipality and its collaborative representative — Community Based Participatory Structures — to plan, manage and execute this very complex project,” says Francois.

“I used to live in a container with just one door. The standard of living was very poor. We had to use candles for light, get water off the streets and we had to share toilets,” — Deline Malgas, Community Liaison Officer at Wolwedans

“The rain would seep into our homes and there were many bushfires on the nearby farms. It wasn’t good,” — Kyttie Malgas ”Everything was always wet,” — Manie and Maggie Rank

What are the most significant changes that have been made to your lives?

“The biggest difference to my life is having a bathroom and a toilet in the house,” — Wilhemina Kock

“The children have their own bathrooms. Now the children don’t have to go outside to use a toilet, they can use the bathroom inside the home. I think they are very happy about this because in the past they had to get up in the middle of the night and go outside alone, which wasn’t safe,” — Kyttie Malgas

How do you feel about owning your own home?

“This house is the best thing that could have happened to us, to have all this heat and comfort,” — Katy Samboer

“Our people appreciate these homes, more than anything we’ve received before,” — Deline Malgas

“I feel very happy because now I have my own home. The wind can come and the rain can come, but it doesn’t matter because I’m protected by my house. I’m proud of my home,” — Manie and Maggie Rank

Our blog: Just Imagine | What if Africa was orange?