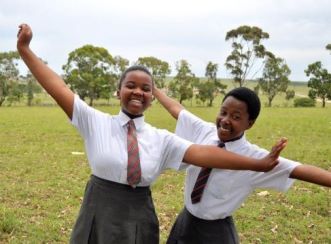 Across the globe, minority groups are under-represented in Science, Technology, Engineering and Mathematics (STEM) fields.

In South Africa, engineers are in short supply with mechanical, civil and electrical engineers topping the National Scarce Skills List. According to iAfrikan, there will be a 75% increase in the demand for expatriate skills in the next few years. While the country as a whole continues to experience economic growth and real income per person is increasing, youth unemployment and a growing skills shortage — particularly in specialised skills such as STEM — threaten to derail the country’s progress.

One of the challenges of this skills shortage is that there is little quantification of its nature, depth and extent across the continent and within individual countries.

Foreign investment and local entrepreneurship is driving the need for technicians, geologists and technologists, but the skills being produced don’t match these needs. Statistics from Organisation for Economic Co-operation and Development (OECD) show that 70% of graduates in Sub Saharan Africa hold a social science or humanities degree.

Sonja Jansen van Rensburg, a member of Aurecon’s RSA leadership team, says that being an agent for change starts with educating the youth.

“We need to show young people, especially those who were previously disadvantaged and don’t have access to information about science, technology, engineering and maths, what can be achieved with these skills. It’s not just about building award-winning, sustainable projects, it’s about fostering human achievement so that we are able to help shape the future innovators of our country,” says Sonja.

“While there are great, well-equipped schools, there isn’t always the same type of exposure to industry opportunities. Over 60% of Africa is classified as rural and according to statistics, the women in these regions are primary caregivers. We need to inspire and motivate these women to pursue STEM careers because they understand the communities and the challenges that people face. A lot can be achieved if we equip these girls so that they can make a difference,” says Sandra.

“What is holding minority students back is not a lack of interest in science but rather the fact that educational disadvantages are cumulative in nature, so that failures or low performance early on in school make it difficult for them to attain the prerequisites they need to continue.”
Catherine Riegle-Crumb Sociologist and Assistant Professor, University of Texas

Each year, Aurecon takes part in the yearly TauganaAfrica STEM expo and hosts girls from various African countries, called “STEM Ambassadors”. We give the girls exposure to female role models in the engineering sector and show them how rewarding a career in our industry can be.

“One of Aurecon’s diversity initiatives is to focus on empowering women. The girls are bright, inquisitive and there will undoubtedly be some future leaders from this year’s group. I hope to see many of them in STEM careers and possibly Aurecon’s own corridors in the future,” says Sonja.

Asemahle Rosche is a grade 10 student from Toise Secondary School in the Eastern Cape Province and she visited Gauteng during the TauganaAfrica STEM expo. Her favourite subjects at schools are mathematics and physics and she wants to be a pilot when she grows up. Asemahle told us what attending the Expo means for her and her future.

“My mom didn’t have the same opportunities that I have today. There wasn’t enough money to pursue a good education and they weren’t exposed to the same information that we’re exposed to. The TauganaAfrica STEM Expo taught me that people are doing great, amazing things and that if you want to be a part of it, you need to empower yourself and go out and get it,” says Asemahle.

“Many girls think that they’re not smart enough to pursue STEM careers and that they can’t do everything that men can do, which simply isn’t true. If I have a daughter, I’m going to make sure that she gets the education, opportunities and exposure she needs to do whatever she wants,” says Asemahle.

Another student that visited Aurecon during the TauganaAfrica STEM Expo was Onelisiwe Mxhosana. Onelisiwe is a grade 11 student — she says that initiatives like this have opened her mind to the opportunities that are available to women.

“I only learned about careers in engineering when I had to choose the classes I wanted to take at school two years ago. My favourite subjects are mathematics, physics and agriculture and I want to pursue a career in civil engineering one day,” says Onelisiwe.

“During the Expo, I met many women champions in science who I found inspiring. By the time I have daughters, I hope there are even more women in STEM leadership positions who will inspire more girls to pursue careers in these industries,” says Onelisiwe.

This year, members from Aurecon’s Quality, Environment & Sustainability, Water, Geotechnical and Operations teams took the girls on an open-top bus tour throughout Tshwane, showcasing notable projects that Aurecon was involved in such as Freedom Park on Salvokop Hill, the University of South Africa (UNISA), the Gautrain Rapid Rail Link, Loftus Versfeld, the University of Pretoria, the Department of International Relations and Cooperation (DIRCO) campus, the upgrading of Simon Vermooten Road, and Menlyn Park Shopping Centre.

In a similar initiative, the Cape Town office partnered with an NGO called Scientific and Industrial Leadership Initiative (SAILI), which identifies schools and students with high potential to receive funding towards their maths and science education. Aurecon has committed to a five year programme of financial support to carefully selected, high-potential students at Mondale High in Mitchells Plain, and currently provides scholarships through SAILI to 18 learners there. In 2016, this will increase to 27 learners. As part of the funding, school fees, text books and stationery are covered and contributions are also made to uniforms. SAILI also organises educational outings and workshops to support the schooling.

These initiatives encourage young people to gain the confidence and the opportunities that will allow them to become the continent’s future leaders. The SAILI and TauganaAfrica programmes provide a snapshot of the way Aurecon is helping make a difference to the lives of fellow Africans.