Solar energy makes more sense than ever before 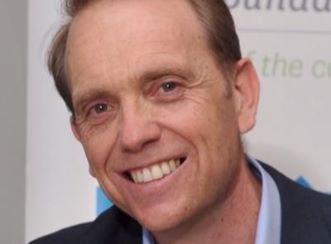 According to a survey by Ipsos, solar electricity in Australia has three times the backing of nuclear or coal-fired power. Community backing of large-scale projects is a crucial part of any new development and in the face of a growing scarcity of fossil fuels, price volatility and environmental challenges, solar energy makes more sense than ever before.

Aurecon played the part of Owner’s Engineer of the 20 megawatt Royalla Solar Project, at the time the largest solar farm in Australia. The solar farm was officially opened by the ACT (Australian Capital Territory) Minister for the Environment Simon Corbell on 4 September 2014.

As the Owner’s Engineer, Aurecon maintained a full-time presence on site, which is just south of Canberra, during the construction period. Aurecon’s engineering team provided project management services and coordinated technical reviews from the Sydney Office. Over 80,000 solar panels were used to build the solar farm, which will provide power to more than 4,500 ACT homes.

This was Aurecon’s first Owner’s Engineer role on a large greenfield solar project in Australia.

“The Royalla Solar Project was the first utility scale solar farm installed on the East Coast of Australia. When it was commissioned, it was the largest one in Australia. Experts from all over the world were brought in to help deliver the Solar Project,” says Aurecon Mechanical and Renewable Energy Engineer Nicholas Wain, who was involved in the project since it began.

“It was very rewarding to see the project site transform from grazing land for sheep into the solar farm that it is today. The majority of people in Australia are pro-renewable energy and this project doesn’t just impact the immediate community, it has a sustainability impact on everyone because it reduces CO2 emissions. It benefits all of Australia and the rest of the world,” says Nicholas.

Simon Corbell MLA, Deputy Chief Minister and Minister for the Environment, is passionate about creating a more sustainable Canberra.

“Solar energy and renewables are the future. At a time when we need to dramatically decarbonise our electricity supply to ensure a safe climate for the future, renewables like solar and wind technologies present remarkable opportunities. Not only can we decarbonise our electricity supply in a timely way, but also in a way that drives jobs and investment and growth in our economy. Renewables are a win-win for the environment, for jobs and investment in our cities and communities,” says Mr Corbell.

"This is a nation-leading project. The Royalla Solar Project is an important step towards achieving the ACT Government’s target of 90 per cent renewable energy for the Territory by 2020." Simon Corbell, ACT Minister for the Environment (Source: www.abc.net.au)

Mr Corbell explains that governments need to embrace renewable energy and drive the adoption of renewable technologies within our cities and communities.

“Renewable energy will lead to more affordable electricity for many decades to come and it also means that we will be able to decouple economic growth from pollution, which is critically important,” says Mr Corbell.

“If we invest in renewable energy now, our children and our children’s children will be paying much less for electricity than we do now. Today, many cities and communities are completely reliant on electricity generated from fossil fuels and we are held hostage by the fluctuating prices of these resources. With renewable energy like solar, the fuel is free. Solar energy requires an upfront initial investment, but you will be ensuring clean and affordable energy for generations,” says Mr Corbell before adding that the Royalla Solar Farm has had a large impact on the city.

“The citizens of Canberra are immensely proud of the solar farm. It will forever be known as the first solar farm to be connected to the energy market. The solar farm speaks to our community’s commitment to a clean energy future and a future that will see jobs and investment come from sustainable technologies that make a difference for our city,” concludes Mr Corbell.

Our blog: Just Imagine | What if the best briefs come from nature?

Our Blog: Just Imagine | Is Going Off-grid Really Better for the Environment?