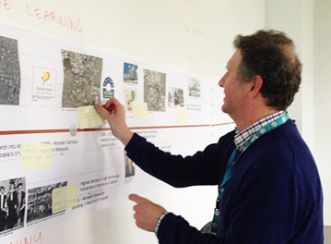 We know the power of storytelling to engage and inspire creative ideas and new ways of thinking. When we are asked to develop the sustainability strategy for a project, we need to look further than a checklist of compliance options. We need to create a unique sustainability story, rooted in place, which gives all stakeholders a sense of shared purpose and meaning. This is a step that is skipped by many projects, due perhaps to time pressures, limited resources and a lack of understanding of how best to go about developing the sustainability story.

This was a challenge Aurecon sought to overcome for the Monash University Woodside Building for Technology and Design, the new home of the engineering and IT schools at the university’s Clayton campus. The university provided a detailed sustainability brief that included a number of bold initiatives such as certification under the rigorous German Passive House Standard. Aurecon’s ESD team embraced the brief and also adopted an innovative approach.

To be authentic the story needed to come from a wide group of project stakeholders and to be a shared narrative focused on new ways of thinking about sustainability based on regeneration and living systems.

The stakeholder engagement process Aurecon applied to the building was developed by CLEAR (Center for Living Environments and Regeneration), a U.S.- based advocacy organisation and the University of Colorado. CLEAR helps project teams and stakeholders work through the process of regenerative development and has created a framework called LENSES (Living Environments in Natural, Social, and Economic Systems). LENSES is a stakeholder engagement tool for building a deep and shared understanding of the project and committing to a vision and strategy for achieving regenerative development outcomes.

Aurecon organised a series of three stakeholder workshops at Monash University to develop the sustainability vision and direction for the Woodside Building. This involved including stakeholders beyond those directly involved in the project, such as research organisations, a government agency and students. The workshops were spread over three days and consisted of nine hours of deep discussion and engagement, facilitated by Aurecon. What is particularly interesting is that at no time during these workshops was there any detailed discussion of the brief, rather the focus was on understanding where the opportunities lay for creating a meaningful sustainability story.

Some of the important areas of reflection and discussion included:

The workshop participants discussed the collated big ideas and agreed the most relevant and rewarding key initiatives. 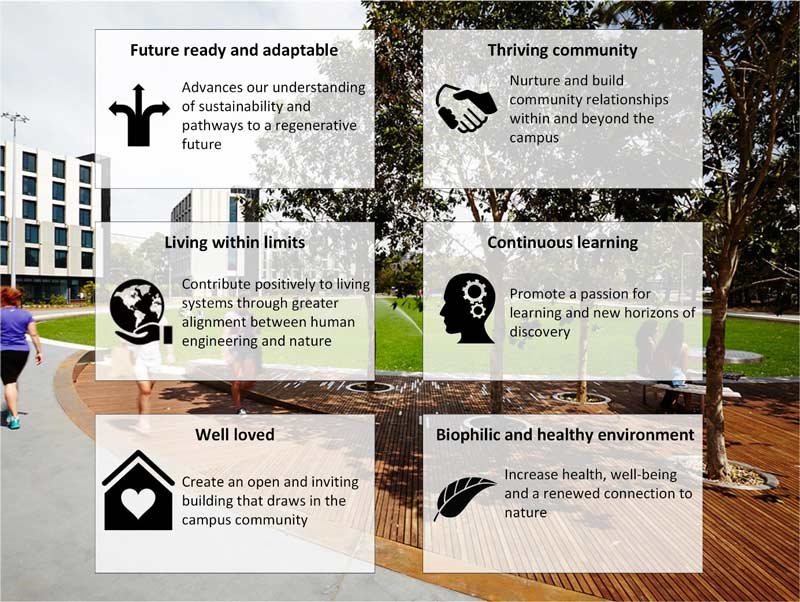 Having invested this time together, the participants left with a greater level of shared understanding of living environments, a common sustainability story and a sense of purpose for how the project could create conditions for life to renew, adapt and thrive.

While this level of engagement was not anticipated in the original brief it considerably enriched Aurecon’s ability to deliver leading project outcomes for the Woodside Building. Post-workshop the guiding principles were used as a source of inspiration and high-level direction to inform the subsequent stages of the project and were revisited during each phase.