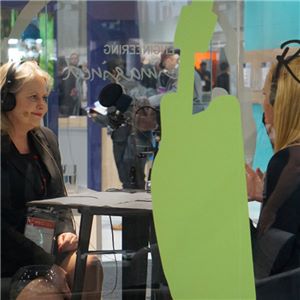 “A must-listen for anybody who wants to stay up to date with key commentary and insights into engineering from across the globe.” – Dr Kourosh Kayvani

05 December 2019 – Conversations captured at the recent World Engineers Convention have been released in the latest episode from Aurecon’s chart-topping podcast Engineering Reimagined, covering topics ranging from flying cars to the impact that renewable energy projects can have in bushfires.

Snippets from these interviews are featured in a Conversations from the World Engineers Convention highlights episode that is available wherever you listen to podcasts or via the Aurecon website. Aurecon hosts interviewed a number of esteemed speakers including:

Topics covered ranged from the digitisation of assets and infrastructure, to creativity and innovation in engineering, the role of engineers in the corporate world, why engineers of the future will be philosophers and the future of energy.

Aurecon Managing Director – Design, Innovation & Eminence Dr Kourosh Kayvani who interviewed Prof David Cropley about creativity and innovation in the profession said the discussions captured some of the immense debate and transformations taking place throughout the engineering profession at present.

“David had some fascinating insights into whether there are consistent personality traits amongst creative and inventive people. There was also plenty of discussion around how climate change will influence the role we play in society, and the challenge the engineering and construction professions are facing regarding the quality and safety of delivering large and complex mega projects,” Dr Kayvani said.

“This episode is a must-listen for anybody who wants to stay up to date with key commentary and insights into engineering from across the globe.”

Aurecon interviewers for the podcast at the World Engineers Convention included:

Nineteen Aurecon representatives also spoke at the World Engineers Convention on a range of issues and trends relating to engineering experience, technical capability and design expertise. For a full list of names visit here.

Interviews from the Convention will be released in full-length podcast episodes for Season 2 of Engineering Reimagined throughout 2020.

Aurecon will host live interviews for its chart-topping Engineering Reimagined podcast at the World Engineers Convention in Melbourne from 20-22 November 2019.

Aurecon has been appointed to provide the terminal precinct engineering design services for the new $5.3 billion Western Sydney International Airport.