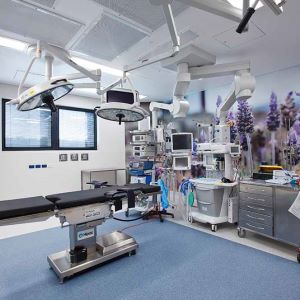 In a joint submission with the Wesley Hospital, Aurecon’s East Wing project won the ‘Best Engineering or Construction Project over $100 million’ category and the coveted state award for the ‘Best Overall Queensland Project’.

Project Manager Lavinia Buckley said the recognition was reward for a team that worked exceptionally hard at developing relationships with all of the major stakeholders involved in the project.

"The project site was at the centre of a very busy operational campus and construction was staged to minimise the disruption on clinical activity. Upgrading the existing hospital infrastructure, including water, power and oxygen supply, whilst maintaining the functions of the hospital, was a major challenge met by the project team," she said.

The new nine-level East Wing offers patients a new standard in accommodation, with immaculate hotel-style rooms and spectacular city and river views. The project has improved the hospital's surgical and procedural process flows by linking the new building with the existing hospital on six levels.

Aurecon’s management team, comprising Project Leader, Matt Skeen and Project Managers John Stacey and Lavinia Buckley, was recognised for the East Wing project being delivered below budget, ahead of schedule, and with an overwhelmingly positive response from the staff, doctors, donors and the UnitingCare Health board.

The project will now contest the national awards in Adelaide on 13 October 2009.