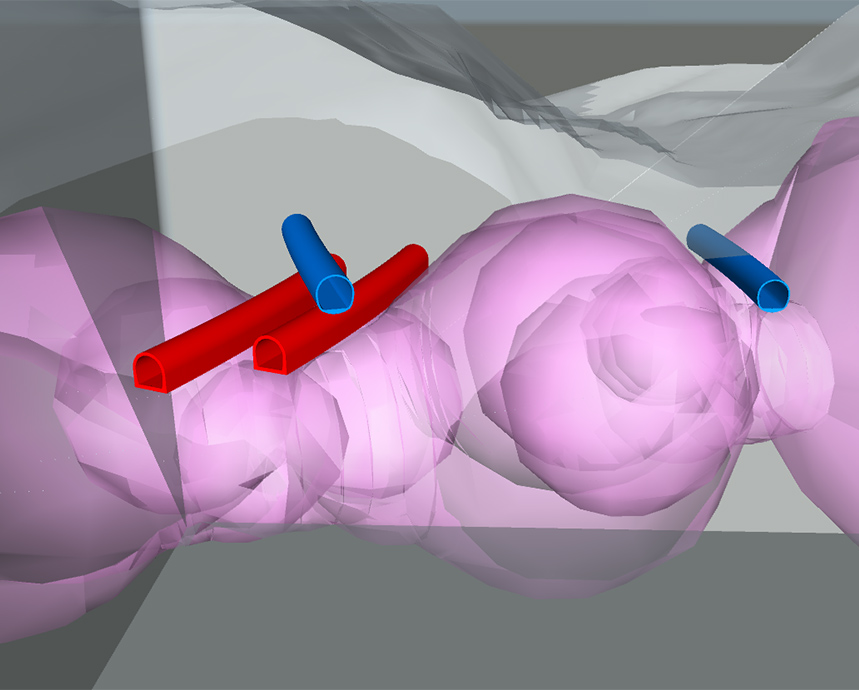 Aurecon’s use of a geographic information system for the project’s blast assessments avoided the need to manually engineer vibration contours and produced accurate 3D visualisations of blast plumes.

In all projects, Aurecon strives to integrate safety not only throughout the design process but also in the construction stages. Constructing the elevated Tseung Kwan O Interchange over the sea, consisting of seven bridges erected using precast concrete deck segments, posed challenging safety considerations.

Appointed the Contractor’s designer and bridge structural engineers, Aurecon was responsible for the design of the permanent works and the contractor’s design. We engaged in the development of the construction sequencing with the contractor, in addition to assessing and mitigating the risks of lifting structures in position, while protecting against factors such as sea wave actions throughout the erection process.

The Awards judges considered Aurecon’s design had truly captured the essence of Safety-in-Design thinking and subsequent implementation in construction.

Learn more about this project.