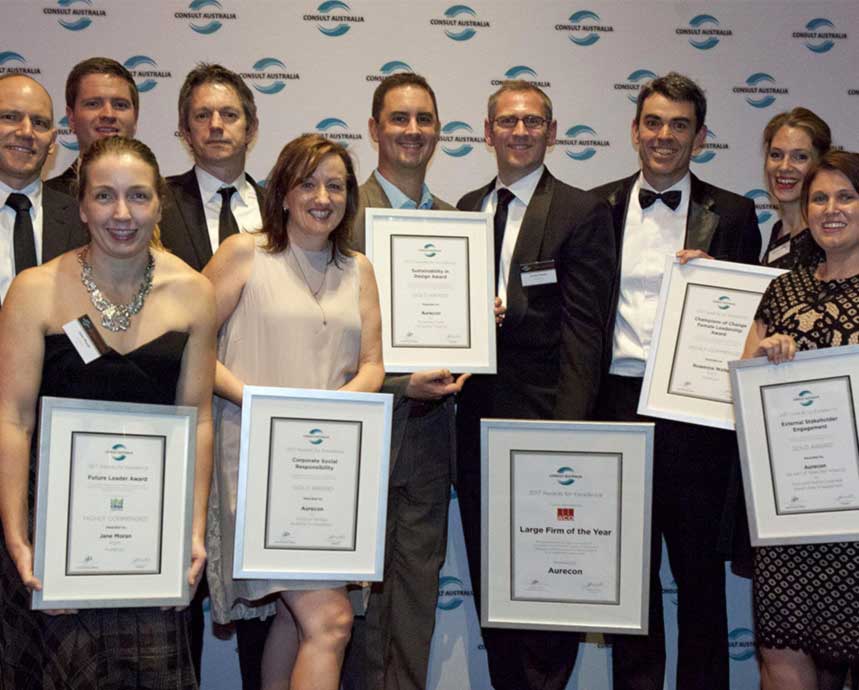 – Winner: Large Firm of the Year

Aurecon claimed the title of Large Firm of the Year at the Consult Australia Awards for Excellence 2017.

In addition to taking out the Large Firm of the Year title, the firm also received recognition for its contribution to the industry and community, winning three Gold Awards and three Highly Commended Awards in six categories.

The other two Gold Awards of Merit received were for External Stakeholder Engagement and Sustainability in Design; on the Wynyard Station Upgrade and Sunshine Coast University Hospital projects respectively.

Read more about this award win.