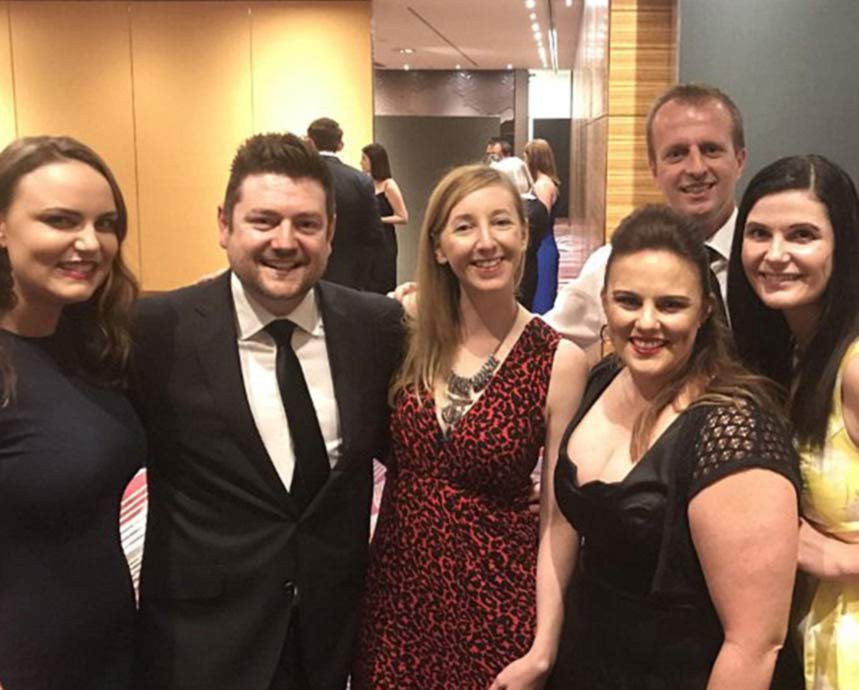 Members of the recruitment and marketing and communications team celebrate receiving the AGRIAs ‘Award for Most Popular Integrated Marketing Campaign (Private Sector)’.

The AGRIAs recognise outstanding examples of excellence in the Australian graduate recruitment and development industry. Aurecon won the award against tough competition from some of Australia’s most well-known brands.

Determined through a voting process by all registered member organisations of the AAGE, the winning organisation is one that has displayed excellence throughout its marketing campaign across a range of media.

Aurecon’s 2017-18 graduate recruitment campaign promoted the Aurecon Attributes and the company’s reputation as a diverse and global employer. The campaign utilised digital and print media, as well as events and popular millennial social media platforms such as Snapchat to engage graduates.

Read more about this award win.