Numerous events are occurring across the globe that are increasing awareness of the real value of water.

Recently, Australia experienced a one in a 1 000-year drought, while two separate state-wide emergencies were declared in California, USA – both of these related to droughts. In early 2016, countries in southern Africa were experiencing the worst drought in decades with record low levels in lakes, rivers and reservoirs resulting in severe water and power shortages in the region. Large parts of Johannesburg, the economic hub of South Africa, were without water for almost a week due to heat waves and operational issues.

Also in South Africa, the City of Cape Town initiated the penultimate Level 3 water restrictions (and later, with dam levels critically low, the maximum Level 4 restrictions), forcing households and businesses to take extreme action to comply with critical water saving measures. Almost every day, there are constant reminders of the increasing scarcity of water and the importance of managing this essential natural resource in the face of ever increasing demands, degrading environmental conditions and climate change. It was Benjamin Franklin (1706-1790) who famously said: “When the well is dry, we know the worth of water.”

The value of water

Clean and safe water is the single, most important prerequisite for life, the environment and for healthy living. Sadly, while many countries spend up to 20 percent of their national budgets on healthcare, investment in quality water supply remains inadequate. Globally, 1.1 billion people still do not have access to safe drinking water and 2.6 billion people – half of the developing world – lack even basic sanitation facilities1. As a result, four out of five illnesses in developing countries have been linked to poor water and sanitation, and one in every five child deaths worldwide (under the age of five) is related to waterborne diseases. Even in developed countries, a lack of attention to the protection of critical water supply sources can have significant human health implications.

World leaders are now realising the true value of water and how improved water stewardship pays high economic dividends in the long term. At the 2017 World Economic Forum Annual Meeting in Davos, Switzerland, water once again took centre stage in the forum’s Global Risk Report. The report reflected a growing recognition that diminishing supplies of reliable, clean water will significantly impede the economic growth of poor and rich economies alike. Water is also considered to be one of the primary channels manifesting the social and economic impacts of climate change. According to a recent World Bank report, the price of poor water stewardship or water scarcity could prove costly to economic growth. In some regions, GDP growth could decline by as much as six percent in just a few years, primarily due to the impact of climate change on water resources availability.

The increasing risk of reduced water security forces governments and businesses to focus on the value that water brings, and the importance of investing in the careful management of this precious resource. Big business’ now recognise the true value of water, prompting many to consider the availability of water resources when making decisions about where to invest or locate their facilities, while also making significant investments in improving their water use efficiency. Considerations around unreliable water supplies, more frequent and extreme floods and droughts, water pollution and the threat of climate change that may put bottom lines at risk, are now becoming the norm. This has resulted in companies proactively making efforts to protect critical water resources areas through catchment rehabilitation, while supporting the development of water supply systems to surrounding communities, as well as to their own factories and plants. 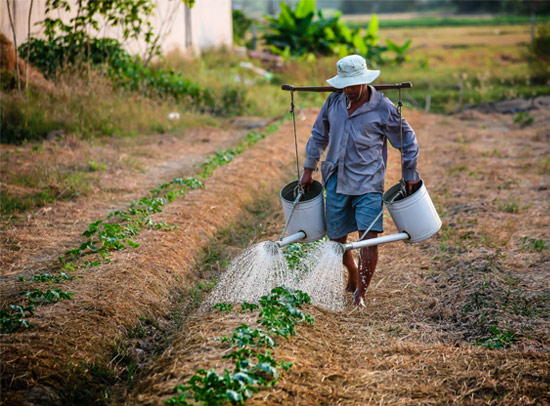 Water-dependent sectors such as agriculture, fishing, power, mining and industry, as well as downstream sectors such as manufacturing, are major contributors to employment particularly in developing economies. According to the 2016 United Nations World Water Development Report on Water and Jobs, three out of four jobs worldwide are water-dependent. This further highlights the co-relationship between water and socio-economic development. Access to clean drinking water and sanitation is also necessary for a healthy and productive workforce. Cities, the primary economic drivers for most economies, are dependent on water supplies, and have traditionally developed in areas close to a reliable source of fresh water. Hydropower, which represents approximately 16 per cent of total global electricity production, poses huge opportunities as a clean and renewable energy source, particularly in Africa. However, it needs to be carefully managed and planned for to avoid un-intended consequences and to mitigate future uncertainties.

Improved water stewardship also contributes to other social and ecological co-benefits. This is demonstrated by the highly successful programmes implemented by the South African Department of Environmental Affairs: Working for Water, Working for Wetlands, and other ‘Working for’ programmes ‒ excellent examples of what is considered ‘quality infrastructure’ by the Infrastructure Consortium for Africa (ICA) ‒ essential for future sustainable development.

Water as a catalyst for peace

One of the greatest challenges for the future is how to ensure sufficient and sustainable water supply for a global population in excess of 7 billion. Sustainable water resources management requires collaborative partnerships among diverse stakeholders that aim to unite different interests, consolidate knowledge, maximise benefits and manage conflict. 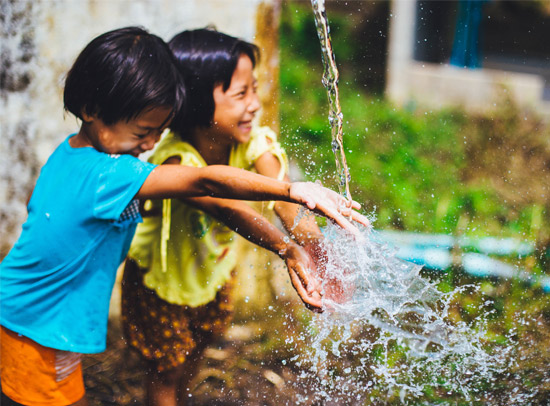 While the human right to water and sanitation acknowledges water as a shared resource, this right brings with it complex hydrological, social, environmental and economic interdependencies. Our growing world, with more people and general activities, will demand more water and generate more pollution. This impacts and threatens ecosystems, water sustainability, peace and security.

Along with other global human factors, such impacts threaten the future and certainty of our global water supply. Exacerbated by inadequate infrastructure spending, maintenance and poor management or governance, risks are set to deepen, and today’s extremes might become the norm.

The equitable sharing of water and a holistic approach to basin development and management could however be the necessary catalyst for improved co-operation between countries, and a major contributor to regional peace and security in shared river basins. This is especially relevant taking into consideration that 40 per cent of the world’s population live in close proximity to shared river and lake basins. Africa, for one, has 59 transboundary river basins

The growing funding gap to keep up with the rehabilitation, operation, and maintenance of ageing water infrastructure is a global concern, particularly in the current age of austerity. Water also suffers from the ‘tragedy of the commons’, in that it is often thought to be somebody else’s problem to ensure sustainable management of the resource.

It is pivotal that new water systems are built to cope with increasing populations, shifting consumption patterns, improving technologies, an uncertain future and a changing climate. This is the only way we can guarantee the security of our water in the complex times of our future.

How do we tackle these challenges? We need to think differently. We need to create new sustainable and resilient water realities based on a comprehensive understanding of problems, imaginative approaches, cooperation, new paradigms, and new technologies.

Aurecon’s contribution in ensuring the global future of water

For over 80 years, Aurecon has been contributing to improved water security through sustainable water resources planning and management in many of the large, transboundary river basins across Africa. Projects include integrated water resources and management development plans, catchment management strategies, hydromet network designs, catchment rehabilitation and various planning, feasibility and operational studies ranging from small hydropower projects to large and complex water resources systems. A showcase project was the pilot application of the Nile Basin Decision Support System. Aurecon is involved with climate change studies related to water resources and recently completed a study of the economic impacts of climate change in South Africa, and the critical importance of an integrated bulk water supply infrastructure system to mitigate these impacts3.

Aurecon is also currently supporting the Department of Environmental Affairs (DEA) with the rehabilitation of numerous wetlands as part of the Working for Wetlands programme in South Africa.

In addition to water resources management, Aurecon designs and develops bulk conveyance systems and innovative water treatment and waste water treatment plants. Examples include the Preekstoel Water Treatment Works in South Africa, which has provided cost-effective and innovative means of securing the water supply requirements of the Greater Hermanus area, and the Adelaide Desalination Plant in Australia, which has made the introduction of desalinated drinking water into Adelaide’s water supply network a reality.

Both projects have gone on to win a number of industry awards such as the 2015 Construction World Best Projects Award in South Africa, and Project of the Year at the 2013 Project Management Institute Awards in Australia.

These are a small selection of our water related projects that showcase ‘out-of-the-box’ solutions, the benefits of which the local communities enjoy and will keep enjoying for years to come. Looking ahead, Aurecon will continue to deploy its global pool of creative thinkers to address critical water resource challenges of the future. As part of our Design to Innovate philosophy, we invite you to join us.

Together we can co-discover innovative solutions that realise the true value of water.