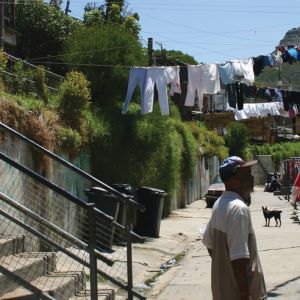 20 September 2012 – The Limpopo Department of Cooperative Governance, Human Settlements and Traditional Affairs recently hosted a prestigious awards ceremony for the Govan Mbeki Human Settlements awards where Aurecon walked away as the winner of the provincial Best Priority Project of the Year 2012 for the Lephalale Bulk Service Project.

These awards seek to showcase and demonstrate excellent and best practice work done by the Department while the category in which Aurecon took top honours recognises the excellent implementation of the identified Priority Projects of national significance. (Dhs.gov.za)

The Lephalale Local Municipality (LLM) is situated in the Waterberg District Municipal area on the western boundary of the Limpopo Province in close proximity to the largest coal reserves in South Africa. It is the largest municipal area in the province, but has a relative small population with low settlement densities.

“The Limpopo Provincial Government acknowledged the importance of coal resources as the key driver in developing the mining, industrial and power supply potential of the area. Subsequently, the provincial government identified the town of Lephalale as a priority area to facilitate and encourage economic growth of the region and the entire Limpopo Province,” says Carl Klopper, Aurecon Project Manager for the Lephalale Bulk Service Project.

He goes on to explain, however, that the number of existing and planned developments in Lephalale to support the development potential had never before been realised in South Africa on such a scale and in such a short timeframe. In addition, service backlogs still existed in certain previously disadvantaged areas which faced high poverty levels and unemployment.

Consequently, the provincial government embarked on a project preparation process for the development of infrastructure and services that would meet the needs of the LLM and its stakeholders over the next 25 years.

Aurecon, which has been actively involved in the Limpopo Province for over three decades and with a proven track record of delivering on key infrastructure projects, in partnership with BE Consult and Nabila Mining Resources, was appointed to prepare a comprehensive bulk infrastructure investment plan, an institutional development plan, and a funding application for the development requirements in the LLM.

“Following these studies and subsequent plans, it became evident that the Lephalale development required innovative solutions to enable the LLM to solicit institutional support and apply for funding from various sources,” says Klopper.

As part of the innovative solutions required, Aurecon and its partners developed the Lephalale Investment Document in which key bulk infrastructure projects, linked to the development of integrated, sustainable human settlements, were identified and prioritised.

“These key projects include the development of water, sanitation, roads and electricity infrastructure. Following the identification of these projects, funding was successfully secured to implement the projects. Aurecon provides project management support services for the implementation of three of these key projects – the design and construction of bulk water pipelines, the main sewer outfall line and two phased electricity supply infrastructure,” says Klopper.

Once completed, the sustainable human settlements developed in Lephalale will be a real reflection of Aurecon and its partners’ commitment to the principles of sustainable development – meeting the needs of the present without compromising the ability of future generations to meet their own needs and recognising the need to balance economic growth with social development and the protection of the environment.

“Receiving this award, coupled with our on-going involvement in the LLM, testifies to Aurecon’s commitment to support the Municipality’s to develop integrated, sustainable living environments. This commitment is in line with Aurecon’s own values of not only improving the lives of the people living in southern Africa’s energy hub, but also in all the communities in which we work,” concludes Klopper.

Three of Aurecon’s Competency Leaders visited South Africa, and in this round table interview, comment on their first impressions of our built environment locally.