Aurecon a winner at the 2010 Construction World Best Projects Awards 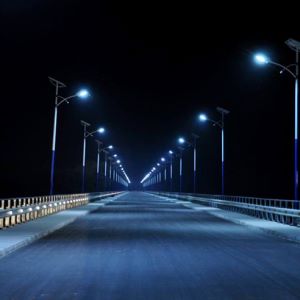 This year’s awards attracted an unprecedented 66 entries – the competition's most yet, and saw Aurecon take home no less than two accolades.

Aurecon, in JV with BKS and Gabeng, was announced the Winner of the Civil Engineering and Building Contractors (outside of SA) category for its efforts on the Cunene River Bridge project in Angola. This is the second award this project has managed to scoop, also winning the award for The Most Outstanding Civil Engineering Achievement in the International Projects Category at the 2010 SAICE awards.

The bridge lies on the major arterial road linking the cities of Lubango and Ondjiva in south-western Angola and replaces a host of temporary structures that were used to span the Cunene River after the previous permanent structure was destroyed early in the Angolan conflict.

The bridge is an exceptional feat of engineering achieved under extremely challenging conditions, including landmines, floods during the rainy seasons, lack of skilled labour, difficulty in the acquisition of building materials, long supply lead times and onerous importation procedures.

Its success is a tribute to strong leadership by Aurecon and its joint venture partners. “Demanding aspects such as quality control standards were carefully adhered to, and the construction team, with its rich cultural diversity, worked together to make this massive project a success,” says Jose Miranda Aurecon’s Regional Manager Africa West Coast and South America. He adds that the new bridge is a prime example of a well-executed engineering solution that will both serve its commercial purpose and represent as a source of pride and achievement for Angolan nationals.

In addition, eThekwini’s Water & Sanitation Unit’s Asbestos Cement (AC) Pipe Replacement Project, for which Aurecon fulfilled the role of programme manager, received a certificate of commendation  for coming third in the category for innovation and sustainable construction. This category sees entrants showcase the innovative use of technology, good corporate social investment and risk management systems.

The project is one of 16 different interventions currently being carried out by the unit to combat water loss and ensure future water supplies in the municipality, with the overall goal of reducing water losses from 40 per cent to 23 per cent over the next five years. It’s completion in June 2010 signals the replacement of 1 600 kilometres of burst prone asbestos cement pipes with new modified polyvinyl chloride (m) PVC pipes. These new pipes have an estimated 50 year lifespan, with no bursts on the new lines to date.

The project led to the creation of 45 000 jobs over a 3 year period, with labour being drawn from the communities in which the project was active. In addition, a successful small enterprise development programme saw 14 out of 16 subcontractors achieve a two notch upgrade on the Construction Industry Development Board’s ratings.

“We are always proud when our projects achieve industry recognition, but even more so, when they personify Aurecon’s mission of fostering human achievement,” comments Aurecon CE Dr Gustav Rohde. He goes on conclude that it is these kinds of projects that position engineering groups as capable of solving the most pressing challenges faced by today’s communities.

Aurecon South Africa (Pty) Ltd has been adjudicated as the Number One Company in South Africa in the Engineering Groups Sector, according to a recent ranking by the Top 500: South Africa's Best Managed Companies publication.

This year, Aurecon scooped a coveted award, together with an accolade, for two of its projects. Cunene River Bridge in Xangongo, Angola, won the award for The Most Outstanding Civil Engineering Achievement in the International Projects Category, while the Gautrain Viaduct V5C in Centurion was Highly Commended in the Technical Excellence Category of the Most Outstanding Civil Engineering Achievement.